When film was king I made these refractions of light on a thin film of water, mixed with liquid soap.

The set up was tricky as my film of water was flat and I photographed it straight on. The light had to refract it to produce the colours, and the colour “scheme” depended on liquid density, temperature, air movement and light angle.

Enclosed are my scanned images of the films I shot.

A few were done on the 4×5 format, or 10x12cms, but because of the expense of sheetfilm I decided to use my Sinar Vario Zoom Roll Film Holder that uses 120 film to produce most shots.

At present scanning my archive, hence these images surfaced. It also posed an intriguing question – could I do this with my DSLR too? Working on that – see my next post to find out if I am succesful in a week or two.

Made a new set up with different parameters to suit my new studio. No more black walls floor and ceiling, it is all neutral light colours now.

The light is produced by a large flash light diffused by 3 mm translucent perspex; it reflects on the soapy film in front of it and behind the soapy film is a black background, but you can place out of focus reflections there too. 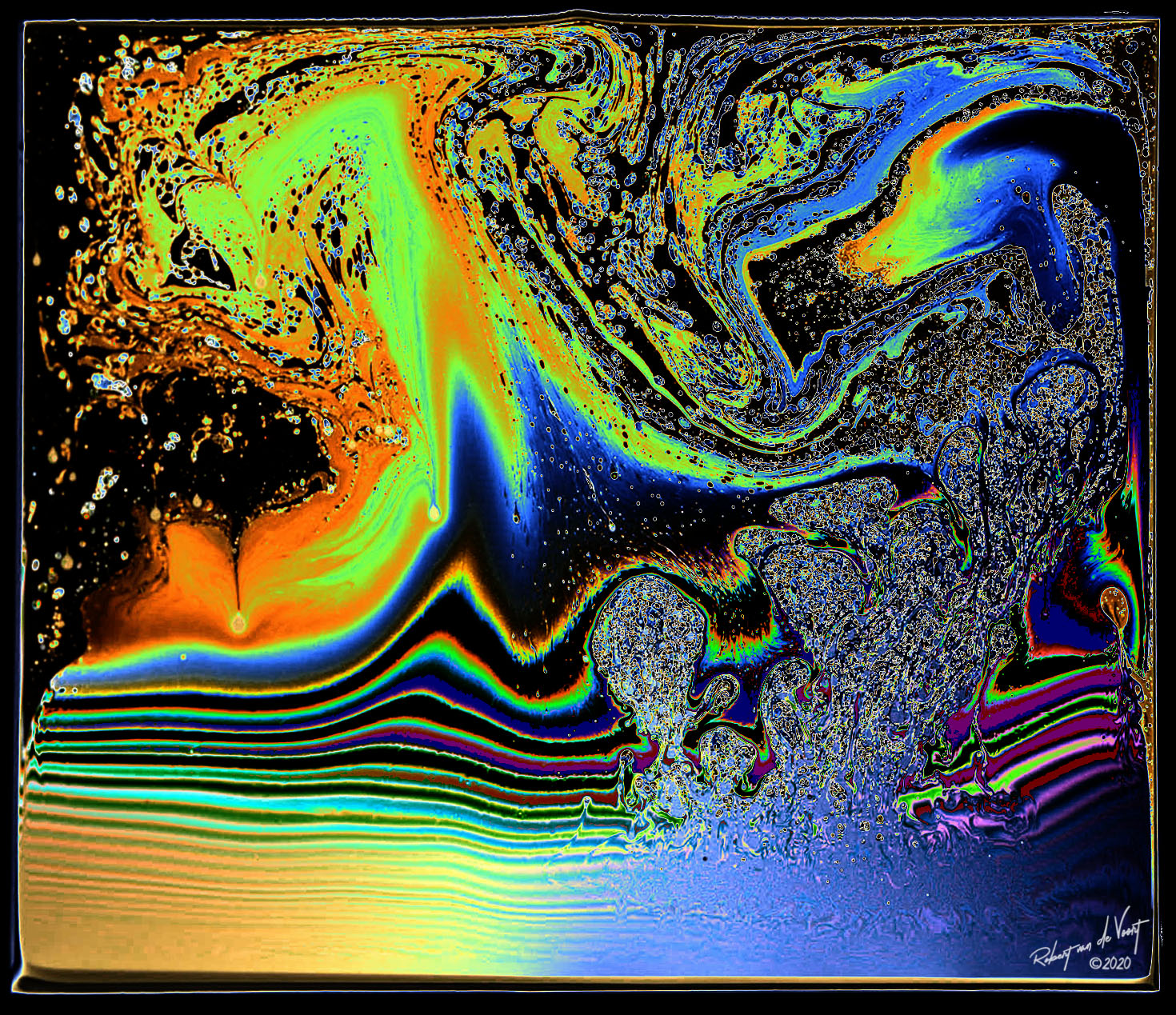 But in photoshop you can project those colours….

Watch out for my next instalment….